My last startup, Tipjoy, was funded by Y Combinator and Betaworks, and YesGraph, my current startup, is funded by A16Z, Accel, NextView, Founder Collective, Quotidian and some awesome angels.

That’s a pretty long list, and it helps me see how different investors are organizing communities around their portfolio companies, and specifically their founders. The goal is to give value to portfolio companies with distributed attention. This can be incredibly valuable because if done right that attention will scale with the community. This is in stark contrast to the unscalable resource of a partner’s time.

Below, I explore what I’ve seen work. Hopefully firms copy the good stuff from one another. I also have a few ideas that no one is doing yet. If something is missing, let me know.

This one is obvious, but surprisingly uncommon. Make a mailing list with every founder on it. Only let founders post to the list. If the noise is too high, you need to start moderating. On the YC list, no one posts roles they are hiring because everyone is hiring. On the Founder Collective list, I still see posts about jobs. Have a question about accountants? Ask the list. Immigration issues? There are dozens of founders that have been through it before.

YesGraph isn’t in YC, but I’m still on the YC alumni mailing list. It continues to be an incredibly valuable resource, which really highlights the importance of community building.

A really common pattern is to reply to only the original author, who then aggregates the replies and sends back to the whole list. That makes for a golden thread, a treasure trove of information.

For firms like YC, they accept batches of companies. Those companies go through a program together and have special camaraderie. There are batch mailing lists that are typically more intimate than the full portfolio.

Normal VC firms could copy this by grouping together stages: Seed, Series A, Series B. I bet the later the stage, the more interesting the list. It would get smaller and with a higher ante.

YC would have dinners with guest speakers. The speakers are great, but the evening community chatter with other founders is half the benefit. Betaworks took a different approach with brown-bag lunches. These would often have a few people involved that knew a lot about a given topic. The discussion was a round-table, which is typically more interesting than a lecture. The YC speakers were very off-the-record, so they compensated for the format with juicy insider bits. 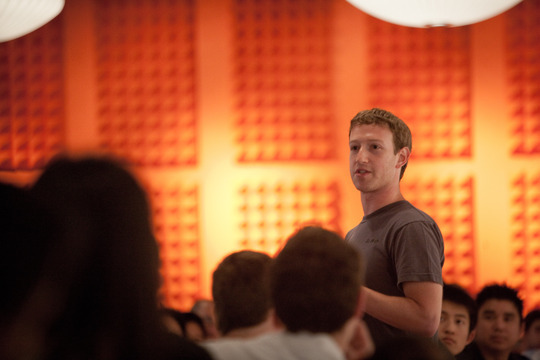 There has been an insurgence of content marketing & blogging from VCs. People like Fred Wilson lead the charge, but recently people like Tomasz Tunguz are taking the lead with incredibly incisive and helpful posts. First Round Review and Sequoia Grove are now hubs for great content, very often featuring portfolio companies. This content is so good that I’m sharing it now despite the fact that none of these mentioned are investors in YesGraph or Tipjoy.

Essays also help with communication between partners and founders. For example, how important is revenue for YesGraph at our stage? Lee Hower and I discussed this, and he also blogged about it: Revenue == Product Market Fit. I understand his thinking much better now that it was codified in an essay, and it also helps Lee scale himself because his whole portfolio gets it now too.

Hacker News is a force unto itself, but that masks the fact that it is a vehicle to build community around Y Combinator. Combined with Paul Graham’s essays, this content is incredibly powerful. A few years back, Fred Wilson shared this same remark, so it isn’t surprising to see that USV.com has evolved into a link sharing site.

New sites like GrowthHackers and Quibb are also building community here, but they aren’t tied to any VC firm. A smart VC firm would make Sandi MacPherson a partner to acquire Quibb and bootstrap their online presence.

Every YC founder gets a shirt that says “make something people want”. YC alumni can spot other YC founders from a mile away because of this. There is also a special black shirt after you exit, “I made something people want”. T-shirts are cheap, but the effect on the community is huge. I also have a Founder Collective fleece, but that’s it. Startups give employees and fans schwag to help build camaraderie and affinity, so I’d expect more VC firms to do the same. How about some sweatpants that say “frothy” on the ass? 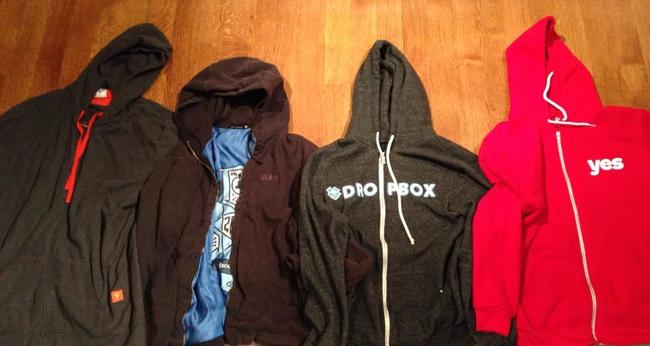 Portfolios grow large quickly, and at some point, it isn’t clear you share investors. This is a problem for B2B companies looking to reach early adopters because the CRM is buried in portfolio pages. Companies in the same portfolio are often more transparent and helpful with each other, so this friction hurts companies that could benefit from something another portfolio company makes.

I’d recommend VCs make an announcement list. Email every founder when a new founder joins the group. They will be welcomed with encouragement, and if there is a reason to connect, people will. If there are competitors in the list, just don’t make the announcement, make it opt-in. If companies aren’t launched, just be sensitive about it. Founders grok this sensitivity, so just make it clear whether something can be shared publicly.

That said, founders are often overly concerned with secrecy and competitors. Pushing a semi-private announcement is a nudge in the right direction.

I was showing this post to Guillermo Torres, YesGraph’s design lead, who pointed out that everything here is for founders. The difficulty is that you can’t just have every employee at every portfolio company together as a group. There is too little affinity there to help build community. You know such a thing would be abused by, for example, some aggressive sales reps.

Guillermo’s idea was to have guilds for different roles within companies. How about a design circle for the portfolio? Companies already self organize in this way, and some firms have started doing smart things here, but I’d like to see more.

Employees at successful companies very frequently start their own companies. A VC firm which helps support this could get deal flow before companies even exist, and a guild for employees is a good start.

What have you seen work that is missing? What would you like to see? Let me know on Twitter

Get these posts in your inbox here.

If a Startup Founder Does This, Don’t Take the Job

If you’re offered a job at a startup, your offer probably comes with a stock grant. If you don’t know how much of the company you’re getting, this grant number has almost no information. You need to know what percentage of the company... Continue →